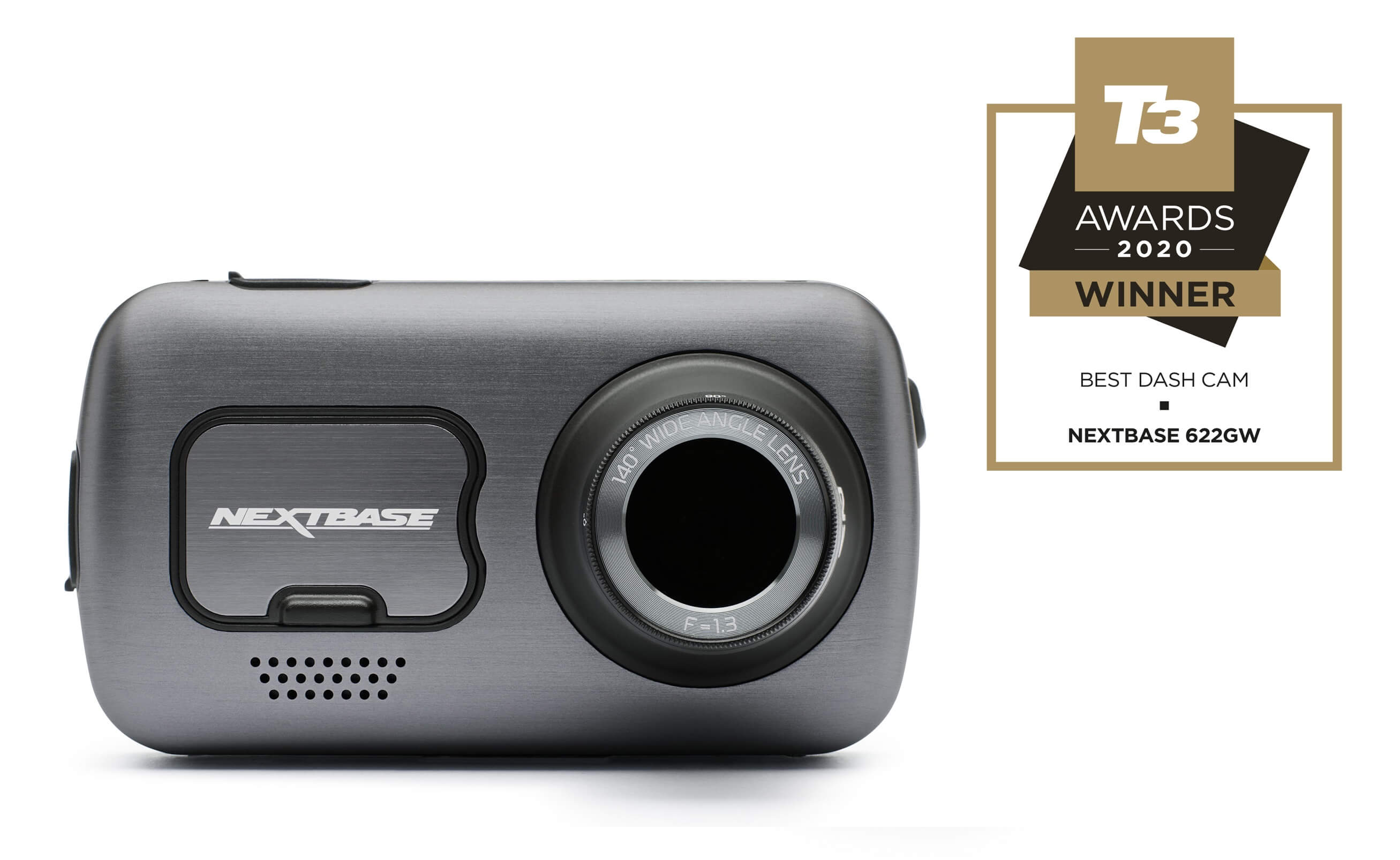 The Nextbase 622GW has been crowned the Best Dash Cam in the latest T3 Awards. The flagship model from Nextbase has what is described by T3 ‘as a range of innovative and potentially lifesaving features’, which ultimately helped the global market leader win the coveted prize for the third successive year running for their range of dash cams.

None less than global leading tech outlet Techradar confirmed the excellence of the Nextbase 622GW by naming it ‘One of the best Dash Cams you can buy’ awarding it with a full 5 star rating for its ‘Superb image quality’.

The 622GW provides unbeatable image quality with ultra-clear 4K resolution and Image Stabilization to ensure smooth recordings at all times. The 622GW has a host of world firsts in features, with both T3 and Techradar picking up on Extreme Weather Mode, which uses ‘inbuilt algorithms to provide the clearest image possible to drivers involved in an incident during misty conditions.’

The revolution continues, with ultra-fast 5GHz Wi-Fi and Bluetooth 5.0, another world’s first, to provide the fastest possible download speeds. The ‘potentially lifesaving features’ picked up on by T3 ultimately ensured the 622GW’s victory though, with it being detailed further here with ‘ Emergency SOS has been enhanced with the integration of what3words. This geocode system, which pinpoints a location based on a worldwide map of three-metre squares, can provide emergency services with a precise location (even when offline) and is a world-first for dash cams.

Bryn Brooker, Nextbase Head Of Marketing commented, “Dash Cams are increasingly recognised as an essential device for driver safety, and with ever-increasing popularity, we are excited to bring so many ground-breaking new features to the market with this flagship model. We believe that the introduction of 4K cinematic image quality, rear view modules, image stabilisation and safety features such as what3words and Emergency SOS, will actively make Australian roads safer”.

The articles in full can be seen on T3 and Techradar

Didn't find what you are looking?

Search in our extensive Knowledge Base

Be reminded of the things that matter.

By signing up you're agreeing to our terms and conditions

You control your data